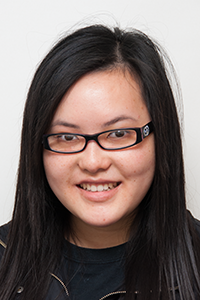 Amy Wong is in the class of 2016. She has no idea what she wants to do with her life, but she is certain that art will always be a part of it. She joined CS Illustrated after taking CS10 with Professor Dan Garcia her first semester in Berkeley. She is looking forward to contributing to future CS Illustrated projects. If she had all the time in the world, she would draw, make arts and crafts, read, learn numerous languages (including programming languages), and watch random videos. 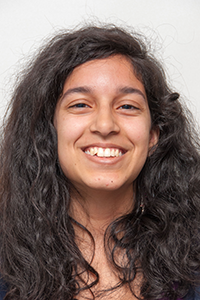 Ava Dordi is a Computer Science major at UC Berkeley in the class of 2015. She first became interested in computer science in middle school, when she taught herself how to design webpages. Her hobbies include drawing, writing, playing Minesweeper, and yelling at fictional characters on her TV screen. She is very happy to get involved with CS Illustrated, since it involves combining her technological and artistic sides in a useful and exciting way. 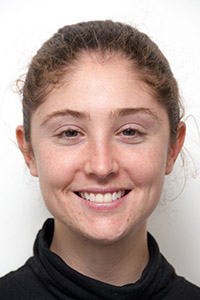 Rachel Newman is a Practice of Art major at UC Berkeley, part of the class of 2013. She found out about CS Illustrated through CS 194, Advanced Digital Animation, and saw the project as a unique opportunity to strengthen her graphic design skills while learning more about the field of Computer Science. She enjoys collaborating with others on a variety of projects and loves spending time with friends and family. Currently she is pursuing a career in animation and would like to apply her artistic skills in a way that is both entertaining and educational. 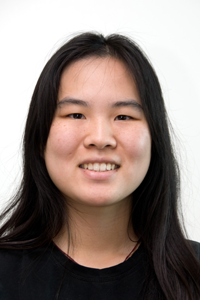 Ketrina Yim is a computer science graduate student with a desire to pursue computer graphics. Someday she hopes to make computer animation as her career, but for now she is teaching other students the fundamentals of this art form as a member of the UC Berkeley Undergraduate Graphics Group (UCBUGG). She is also a member of Upsilon Pi Epsilon, the honor society for computer science students, and a graphics artist for California Engineer, Berkeley's engineering magazine.

She has been drawing for most of her life, but her penchant for drawing images relevant to course material began in middle school. Seldom did a handout or worksheet ever go without a doodle referencing what was in the day's lesson. She carried this habit with her all the way through high school and into UC Berkeley. But since handouts are a rarer commodity in college classes, she made the whiteboards of the computer labs and Soda Hall alcoves the sites for she spontaneous artwork. Given how frequent and publicly visible the drawings ended up being, it was inevitable that someone noticed.

It was during her very first computer science course at Berkeley that she began a "beta" version of "Computer Science Illustrated," under the guidance of the head TA, Clint Ryan, who was among the first to discover her talent. She produced seven hand-drawn illustrations, but during sophomore year the endeavor went on hiatus, because she thought she was getting too busy to continue.

Then, during the fall semester of her junior year, Dr. Dan Garcia, whom she knew from UCBUGG, convinced her to resume illustrating computer science concepts, this time as vector drawings so that they could be freely resized for prints. At this point she had taken more computer science courses, so she could also cover a wider range of topics. Thus "Computer Science Illustrated" was officially established as a project to provide visual aids to help students of various levels with their computer science courses. 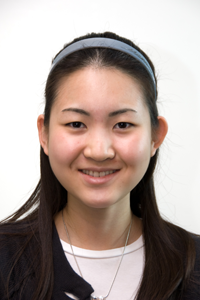 Sally Ahn is a graduate student in the computer science department at UC Berkeley. She joined the CS Illustrated project as an undergraduate in her junior year at UC Berkeley. She has had a passion for drawing and painting since early childhood. She loves combining her passion for art and academic background in computer science for CS Illustrated. Engaging her creative side to illustrate concepts that she herself had struggled with as a student has been an incredibly rewarding experience. 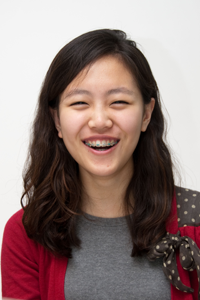 Angela Seo Kyung Kim graduated from UC Berkeley as Electrical Engineering and Computer Science major. Having always been interested in drawing simple illustrations, her first encounter with CS illustrated in sophomore year lead her to explore more about illustrations.

When she went to see Professor Garcia for questions on making illustrations, she was introduced to the CS illustrated group. Excited with illustrative and academic challenges CS illustrated aspires, she was able to join the group soon after.

Having gone through the difficulties of understanding basic CS knowledge herself, she is very excited to contribute her own illustrative skills to help others understand and visualize the concepts. 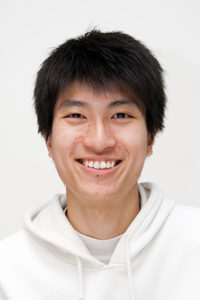 Wai Seng Leong has graduated from Cal as an Architecture major. He loves to draw, paint and sculpt and is really interested in digital graphics, digital sculpture and animation. The reason why he chose architecture as his major is that art conveys architecture into a physical form, which is very fascinating to him!

Although he am not quite familiar with computer science terminology and classes, he have a chance to work with Dr. Dan Garcia when he asked for artistic people for help in the research class Computer Science Illustrated. He is really excited about how his artistic and software skills can be applied to the illustration for computer science.

The first time Wai got his hands on computer graphics is the making of digital models in architecture class, which is really intrigues him. During his undergrad years, he took architecture classes and animation classes together, which gave him the sense and knowledge that are interchangeable technically and artistically. 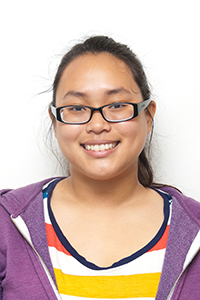 Christindaravy Tina Savong is a student of class 2013 in Geography. She has taken a CS10 in her sophomore year and enjoyed learning about computer science in a step by step form. Although, she feels that computer science is too much of a major to do, and decides to learn more about it through CS Illustration. However, when she took a Geographic Information System (GIS) Course in Fall 2011, she found out that Python is used in it to manipulate/stimulate data to represent physical land form models. In addition to trying to understand Computer Science, she also did some drawing here and there when she was younger. Now and days, she likes to look at different comics and cartoons analyzing their story line and art styles. When she isn't doing academic or club work, you can find her on the mats with Cal's Judo Team. 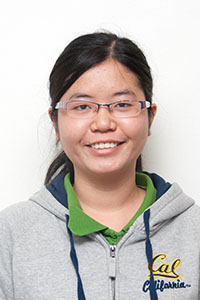 Loc Do is a Computer Science major at UC Berkeley in the class of 2013. Some of her hobbies include: drawing, photography, digital graphics and animation. She hopes that one day, she would become an animators working at some animation companies. She also enjoys playing chess. To her, getting involved in CS Illustrated is a chance to combine her artistic and technical skills and contribute to the education of the computer science community. 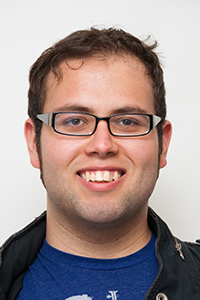 Robbie Fontan is a Computer Science and Music double major at UC Berkeley. He enjoys drawing, playing video games, singing, playing guitar, and pizza. He aspires to work in an industry that allows him to apply his Computer Science skills to his interest in the arts, and his art to the world of computers. Or be a rock star. That would be cool too. He's very excited to be a part of the CS Illustrated team this semester. 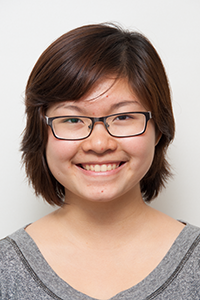 Tohanh Bui belongs to the Class of 2016 at UC Berkeley. She is an English major, hoping to pursue minors in Computer Science and Japanese. She dreams to work for an animation studio, preferably Studio Ghibli, and live in Japan. Tohanh's biggest dream is to have a chance to invite her family to a premiere of an animated movie that she helps created. In her free time, Tohanh draws manga strips, watches TED videos and reads Japanese literature while enjoying her favorite seaweed snack. Her favorite author is Haruki Murakami, the famous author of "Norwegian Wood." Tohanh is very glad to join the CSIllustrated team because it jump-starts her career goal as a computer animator. 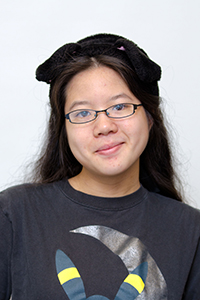 Eugenia Lee is an EECS major at UC Berkeley. She has an interest in HCI, software design, web design and typography. Her hobbies include video games, reading, various creative things like drawing and writing and design, and staying up til the sun rises doing silly things with her roommates instead of sleeping. She also rather likes the way the Lorem Ipsum looks at the end of her bio (it looks like there's more content): Lorem ipsum dolor sit amet, consectetur adipisicing elit, sed do eiusmod tempor incididunt ut labore et dolore magna aliqua. 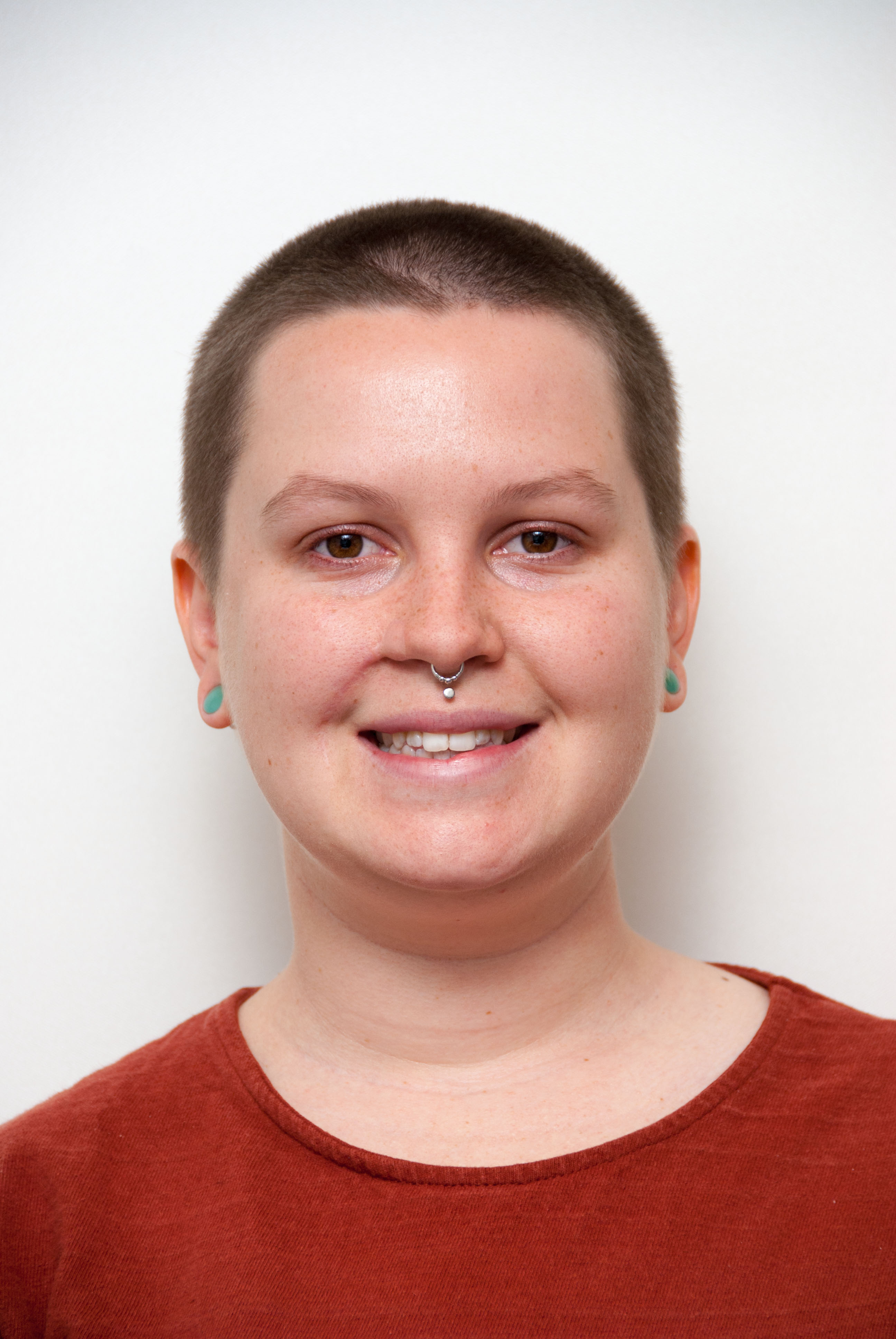 Hayley Baker is a rhetoric major at UC Berkeley in the class of 2014. She began exploring her interest in computer science after taking cs10 in the fall of 2013. Coming from a humanities perspective, she is interested in the ways that technology has impacted our lives. She's very excited to be a part of the CS Illustrated project, since it allows for her to combine her hobbies of art and design with her interest in computer science education. Hayley also likes funny youtube videos and puppies. 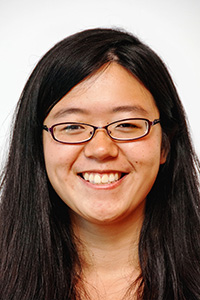 Victoria Shi is an intended Computer Science major at UC Berkeley in the class of 2016. She has been interested in art ever since she took her first art class in elementary school. Her interest in computer science, however, began only in her sophomore year of high school. She joined CS Illustrated after taking CS10: The Beauty and Joy of Computing during her first semester as a freshman, and is very excited to be part of the team! In her spare time, she enjoys drawing, reading, designing, playing video games and watching too many movies. 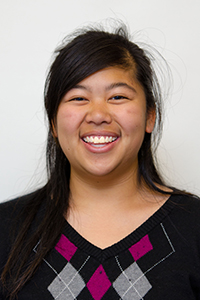 Vivian Chiao-Wei Lo has found illustration to be a joy her whole life. Now that she is a Computer Science student here at UC Berkeley, she is more than excited to have the opportunity to share her passion for creation, art and programming through CS illustrated. She became involved in the project after taking CS 10 in Fall of 2011. Vivian is proud to be part of the Berkeley community and the class of 2015, and in her spare time, she enjoys playing games of all sorts, jogging, Chipotle burritos, doodling in the margins of her notes and most of all, having fun! She is delighted to be a part of this wonderful team and hopes that her work at CS Illustrated will make Computer Science concepts clear, easy to understand, and fun!